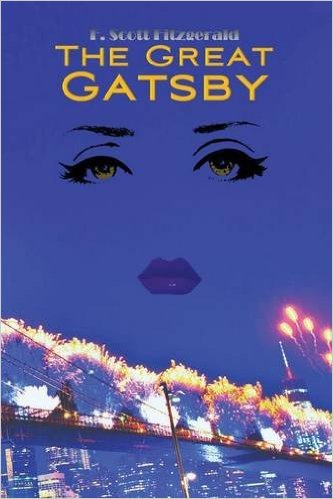 In my younger and more vulnerable years my father gave me some advice that I've been turning over in my mind ever since.
“Whenever you feel like criticizing anyone,” he told me, “just remember that all the people in this world haven't had the advantages that you've had.”
He didn't say any more, but we've always been unusually communicative in a reserved way, and I understood that he meant a great deal more than that. In consequence, I'm inclined to reserve all judgements, a habit that has opened up many curious natures to me and also made me the victim of not a few veteran bores.

Nick Carraway, a young man from Minnesota, moves to New York in the summer of 1922 to learn about the bond business. He rents a house in the West Egg district of Long Island, a wealthy but unfashionable area populated by the new rich, a group who have made their fortunes too recently to have established social connections and who are prone to garish displays of wealth. Nick's next-door neighbor in West Egg is a mysterious man named Jay Gatsby, who lives in a gigantic Gothic mansion and throws extravagant parties every Saturday Night.
Sparknotes

As the tragic story unfolds, Gatsby's destructive dreams and passions are revealed, leading to disturbing consequences. A brilliant evocation of the 1920s high society, The Great Gatsby peels away the layers of this glamorous world to display the coldness and cruelty at its heart.
Penguin Books

Pistes/Activities to participate in the festiva l:

PE:
1 - A fashion magazine publishes an article describing a party at the Mysterious Gatsby's. Write the article.
2 - After his death a newspaper publishes Gatsby's obituary portraying him and relating his life. Write Gatsby's obituary.
3 - Daisy has just learnt that nobody turned up to Gatsby's funeral. She writes a couple of entries in her diary about him and their relationship.

PO:
1 - A journalist interviews the narrator in order to write an article about Gatsby. Perform the interview and film it.
2 - Film a 5 to 6 minute Duo Interpretation (or Duo interp) of The Great Gatsby. A duo interp is a short performance in which the 2 performers act out a literary piece under certain constraints: no eye contact, no touching your partner and no props. The performers can cut anything out of their piece but cannot add any dialogue.
http://www.mjsd.k12.wi.us/Menasha/Media/Documents/DuoInterpretation.aspx